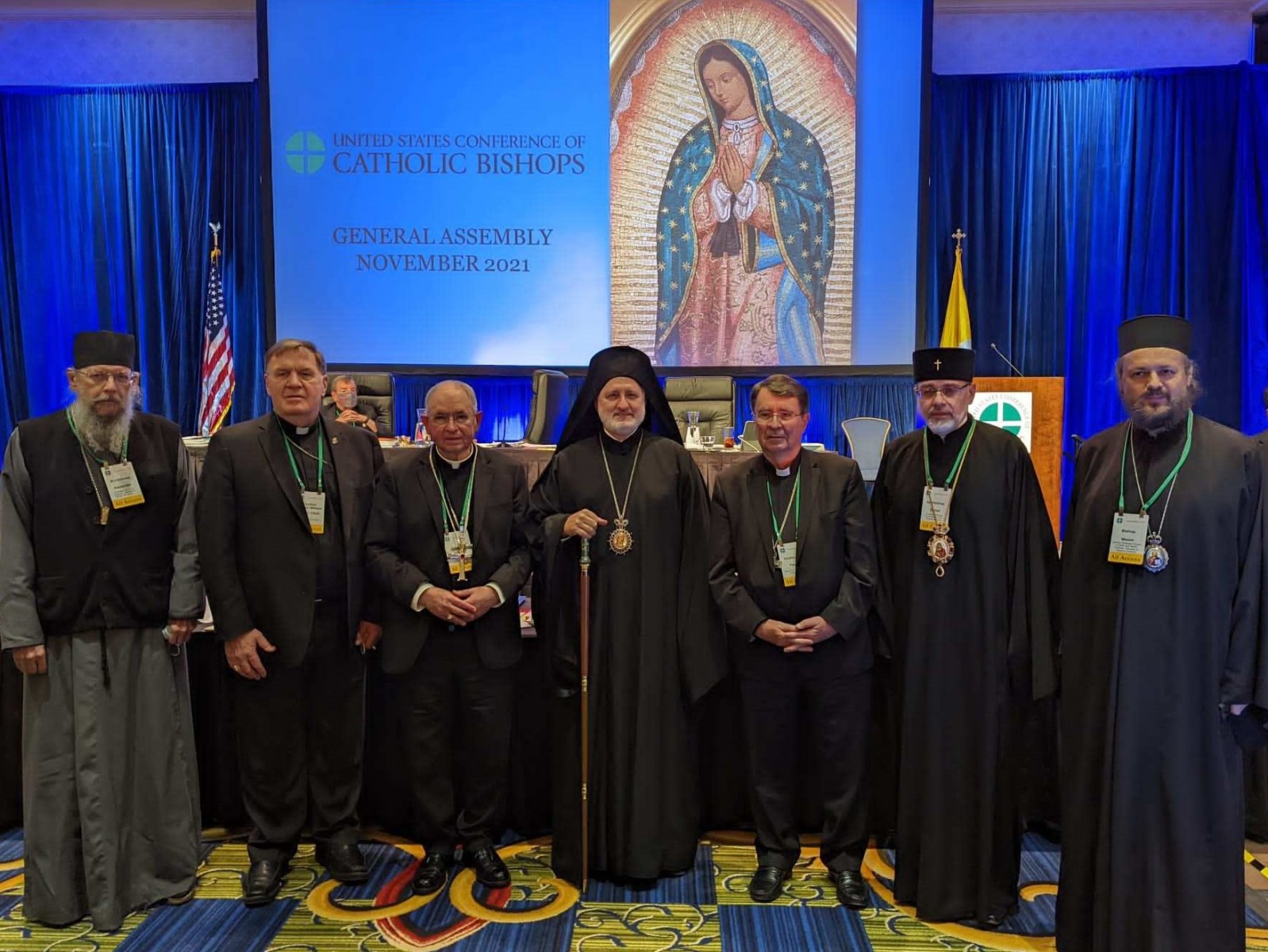 BALTIMORE – At the invitation of His Excellency Archbishop José H. Gomez, President of the United States Conference of Catholic Bishops (“USCCB”), His Eminence Archbishop Elpidophoros of America, chairman of the Assembly of Canonical Orthodox Bishops of the USA, led a delegation to and presented remarks during the USCCB’s November General Assembly. This marks the first time in the history of USCCB that Orthodox hierarchs have participated in their plenary session. Introducing Archbishop Elpidophoros, Bishop David P. Talley, chair of the Bishops’ Committee on Ecumenical and Interreligious Affairs, declared: “Unitatis Redintegratio, the decree on ecumenism of the Second Vatican Council, states that Orthodox Christians ‘are linked with us in closest intimacy.’ Discerning the importance of demonstrating this intimacy, the bishops from the USCCB on the dialogue recommended that we invite representatives of the Assembly of Canonical Orthodox Bishops of the United States to join us at our General Assembly.”

Particularly moved by the warm welcome, Archbishop Elpidophoros opened his remarks by saying, “I greet you with a salutation of hope and peace in our Lord God and Savior Jesus Christ. I would like to share my heartfelt joy to be with you today, my brother bishops of the USCCB, for the first time in the history of our Sister Churches’ relation in this country.” Reflecting on decades of rapprochement between the Roman Catholic and the Orthodox Churches, he also mentioned the current reflection undertaken by the Roman Catholic Church with regard to synodality. In closing, he declared: “I am convinced that the future and mission of Catholic-Orthodox relations in the U.S.A. is to continue to bear witness to God’s presence in the world, faithful to the Spirit of Jerusalem that we received as a legacy.”