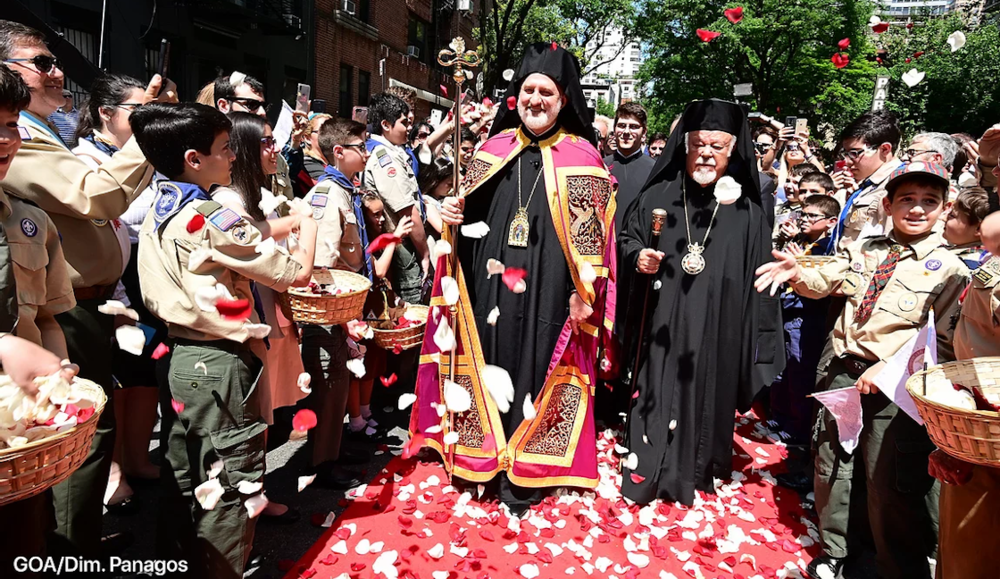 This year the Assembly of Canonical Orthodox Bishops of the United States of America, in tandem with American Scouting organizations, celebrates February 7th and March 7th, 2021 as Scouting Sundays. As Orthodox Christians across the country participate in The Year of the Youth, proclaimed by the Assembly of Bishops, special focus is placed on positive and tangible ways to encourage our young people to follow the right path, the path that leads them ever closer to our Lord and Savior, Jesus Christ. Recognized by the Standing Conference of Orthodox Bishops in America (SCOBA) in 1955, the Eastern Orthodox Committee on Scouting (EOCS) remains an official Commission of the Assembly of Bishops, providing opportunities for our young people to live by the precepts of their faith through Scouting.

Scouting at its best promotes attention to ones’ own relationship with God and respect for the belief of others. American Scouting organizations encourage youth to earn the “Religious Award Knot” (Boy Scouts of America) or the “My Promise, My Faith” pin (Girl Scouts of the USA) at multiple times throughout their years of participation. They also recognize and celebrate young people who earn the religious awards of their faith, and these are prominently displayed on their official uniforms. The Eastern Orthodox Committee on Scouting (EOCS) proudly offers three age-appropriate religious awards for our own Orthodox Scouting members.

We would like to highlight the synergistic effect of a challenging developmental activity like Scouting and the faith nurturance of family and church. Each year, the EOCS gives several scholarships to young Orthodox Scouting members who have attained the Eagle Scout or Gold Award plus the highest religious youth recognition of the EOCS, the Alpha Omega medal. Both achievements are major learning experiences. Scouting awards build a variety of positive life skills; while the Alpha Omega helps youth relate more deeply to their Orthodox faith. Both focus the young person on providing significant service to others.  The recipients of these scholarships are truly brilliant, because they shine with the light of Christ in their lives. The most recent recipients are three outstanding young people from various states and Orthodox jurisdictions across the country (click here for the press release). Their parents were helped by both our Orthodox Church and Scouting in nurturing these talented and faithful young servants of God. High school seniors who meet both these criteria should apply for the scholarship at https://www.eocs.org/scholarship.

In closing, we remember with loving appreciation the Assembly of Bishops Episcopal Liaison to the EOCS, Archbishop David of Alaska, of blessed memory, and the Chairman Emeritus of the EOCS, George N. Boulukos, who fell asleep in the Lord a few weeks ago. May their memory be eternal!

You can find information about Eastern Orthodox Committee on Scouting scholarships and religious awards, as well as access to additional resources, at https://www.eocs.org/.

May the Lord bless all our Scouting members and leaders, parents, families and supporters!

Chairman, Committee for Agencies and Commissions,
Affiliate Ministries and Associations