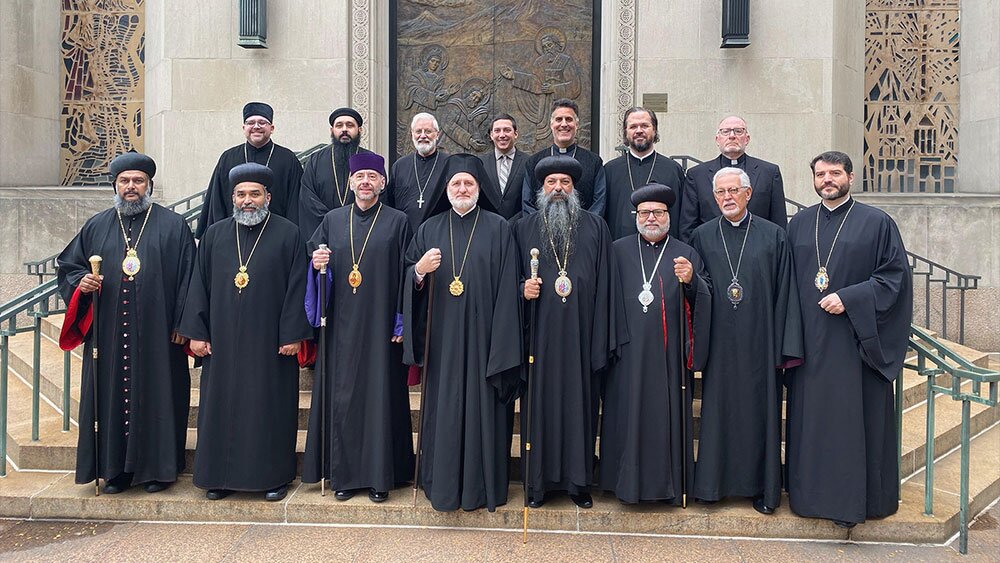 NEW YORK – Representatives of Eastern and Oriental Orthodox Christian churches met today at the Armenian Cathedral of St. Vartan for the first meeting of the joint commission in nearly a decade. The meeting began with a common prayer service followed by open discussions.

Recognizing doctrinal agreement, as established in the 1990’s by the official international theological dialogue, the delegations deliberated on practical ways to progress the relationships between Eastern and Oriental Orthodox Churches in the United States of America. The holy mysteries of marriage and baptism were addressed, and a committee was formed to explore existing agreements and study their application in the American context. Furthermore, religious education programs were presented, and areas of common concern were identified. A committee to discern ministerial overlap in this regard was also established. Finally, common areas of advocacy, including concerns in the Middle East, were identified and tabled for a future meeting.

Bishop David of the Coptic Orthodox Church commented, “this meeting is joyful, historic, and promising. It is joyful because, as King David says, ‘behold how good and how pleasant it is for brothers to dwell together in unity.’ It is historic because it is building upon the work of our predecessors. It is promising because there is a spirit of good will and potential to move forward in faith and in hope.”

Archbishop Elpidophoros of the Greek Orthodox Archdiocese of America reflected, “it is no secret that the Eastern and Oriental Orthodox relationships are the closest relationships in the Christian world. Despite this, we continue to develop ministries independently and remain separated Eucharistically. Indeed, I am deeply saddened by this notion, but am encouraged by the willingness on both sides to return to the table to discuss ways forward. This practical approach will breathe life into the Church.”

The dialogue concluded by establishing a date for a joint Christmas concert to be held at the Mor Aphrem Center in Paramus, New Jersey, on Sunday, December 8, 2019. In addition to the concert, a Pan-Orthodox (Eastern and Oriental) youth conference will be held in summer 2020. The joint commission will meet again on December 4, 2019.