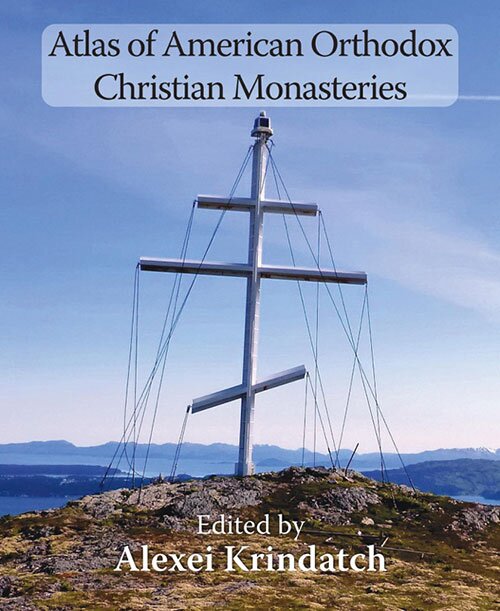 The electronic version of the widely popular Atlas of American Orthodox Christian Monasteries has been released by the Assembly of Canonical Orthodox Bishops of the USA and made available free of charge to everyone. The PDF file with the Atlas can be downloaded free of charge here. The hard copy of the Atlas can be purchased directly from the publisher, Holy Cross Orthodox Press.

Drawing on extensive research, as well as fascinating stories and insider information, the Atlas offers readers:

In addition, twenty-two featured monasteries share their personal stories and offer a glimpse into the surprising spiritual appeal of monastic life in 21st century America.

Edited by Alexei Krindatch. 150 pages of text are accompanied by four sets of color maps and more than one hundred photographs depicting everyday life in US Orthodox monasteries. The full table of contents is provided below.

"This is a fascinating and comprehensive guide to a small but important sector of American religious life. Whether you want to know about the history and theology of Orthodox monasticism or you just want to know what to expect if you visit, the stories, maps, and directories here are invaluable." -- Nancy T. Ammerman, Ph.D., Professor of Sociology of Religion, Boston University

Message from Archbishop Demetrios, Chairman, Assembly of Canonical Orthodox Bishops of the USA

Editor’s Note: About This Book

Inclusiveness of the Atlas and Terminology Used

Some Interesting Facts about Orthodox Christian Monasteries in the United States

Chapter 2. The Historical Development of Orthodox Monasteries in the United States: An Overview

Chapter 4. The Way They Live: the Stories of Some American Orthodox Monasteries