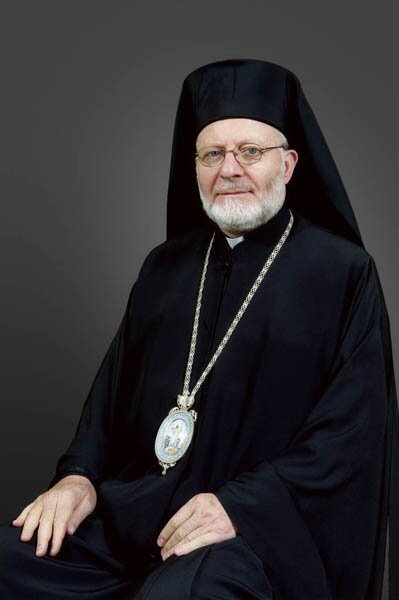 His Eminence Archbishop Joseph has been elected Archbishop of New York and Metropolitan of All North America by the Holy Synod of Antioch, meeting in Balamand, Lebanon on Thursday, July 3, 2014. Much more additional information is forthcoming. Axios!

His Eminence Metropolitan Joseph was consecrated to the Holy Episcopacy on June 30, 1991 at the St. Mary Cathedral in Damascus, after many years of serving as a deacon and a priest. His Eminence was born in Damascus, Syria, in 1950. His Eminence was consecrated with the title, Bishop of Katana in Syria, and served as Patriarchal Assistant and Secretary of the Holy Synod of Antioch. In 1995, he was sent by Patriarch Ignatius to America. Here, in our Archdiocese, Bishop Joseph was assigned to the West Coast Chancery by Metropolitan Philip. After self-rule status was awarded to our Archdiocese, Bishop Joseph was enthroned at St. Nicholas Cathedral by Metropolitan Philip as the first Bishop of the Diocese of Los Angeles and the West on September 12, 2004. On December 11, 2011, at the Church of the Dormition of the Theotokos in the Patriarchal Monastery of Our Lady of Balamand in Lebanon, Patriarch Ignatius elevated Bishop Joseph to the rank of Archbishop, in honor of his many years of service as a bishop both in our Archdiocese and in the Patriarchate of Antioch.