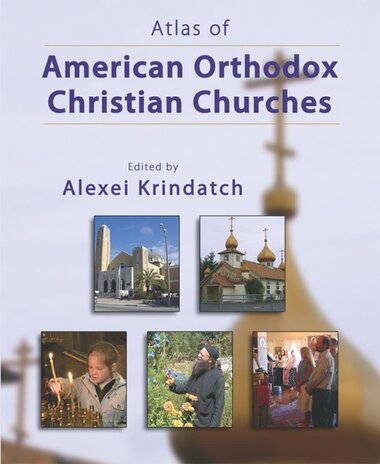 The Atlas is also available on www.amazon.com

What is this Book about?

The Atlas provides a "snapshot" of the Orthodox Christian Churches in the United States. It is addressed for the wide - Orthodox and non-Orthodox, academic and non-academic - audiences. Simultaneously, this book is an atlas, a reference book and a thematic monograph. It is an atlas because it contains numerous maps to show the historical development and present territorial patterns of Orthodox Church life in America. It is a reference book because it furnishes comprehensive information and statistical data on all American Orthodox Christian Churches. It is a thematic monograph because the essays in this book tell the story of the Orthodox Christian past and present in the United States.

Thematically, the Atlas of American Orthodox Christian Churches unfolds in four parts (see also table of contents below). Chapter one looks at the historical development of the American Orthodox Churches and presents many interesting facts about particular churches, local communities, and personalities associated with Orthodoxy in America. Chapter two offers an overview of twenty-one national Orthodox Church bodies (including Oriental Orthodox Churches). The short articles with information about each Church are accompanied by two maps: a state-by-state map of parishes and a county-by-county map of membership in this Church. The third chapter is devoted to Orthodox monasteries in the United States. The chaptergives a general introduction into Orthodox monasticism in America and offers a systematic database for the eighty-one Orthodox monasteries in this country. The accompanying map shows their distribution across the country. Chapter four furnishes data from the 2010 US National Orthodox Census. Tables and maps in this chapter contain statistics of parishes, membership, and church attendance for twenty-one different national Orthodox Church bodies. This information is available church-by-church and state-by-state and county-by-county Principal Researcher, Data Compiler and Editor, Alexei D. Krindatch.

What Are People Saying about this Book?

?Assembling a mass of recently generated data, The Atlas of American Orthodox Christian Churches provides an authoritative overview of a most important but often neglected segment of the American Christian community. Protestant and Catholic Christians especially will value editor Alexei Krindatch?s survey of both Eastern Orthodoxy as a whole and its multiple denominational expressions.?

?Why are pictures worth a thousand words? Because they engage multiple senses and ways of knowing that stretch and deepen our understanding. Good pictures also tell compelling stories. Good maps are good pictures, and this makes the Atlas of American Orthodox Christian Churches, with its alternation and synthesis of picture and story, a persuasive way of presenting a rich historical journey of Orthodox Christianity on American soil. The telling is persuasive for both scholars and adherents. It is also provocative and suggestive for the American public as we continue to struggle with two issues, in particular, that have been at the center of the Orthodox experience in the United States: how to create and maintain unity cross vast terrains of cultural and ethnic difference; and how to negotiate American culture as a religious other without losing one''s soul.