The Repose of Metropolitan Nicholas

Thursday, March 17, 2011
On Sunday, March 13th, exactly twenty-eight years to the day after his consecration to the sacred episcopacy, Metropolitan Nicholas, primate of the Carpatho-Russian Orthodox Diocese of the USA, fell asleep in the Lord. For information about the Metropolitan, his last days, and the funeral arrangements, please see the website of the Carpatho-Russian diocese. read more » 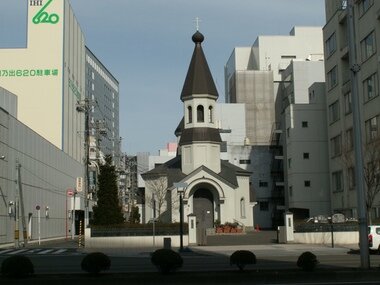 Monday, March 14, 2011
In the wake of the recent earthquake and tsunami in Japan, and the terrible devastation and loss of life resulting, the Assembly of Bishops encourages the faithful of North America to pray earnestly for Metropolitan Daniel of Tokyo, Bishop Seraphim of Sendai, and all the clergy and faithful of the autonomous Orthodox Church of Japan. read more »

Report on the Pre-Conciliar Council in Chambesy

Monday, March 14, 2011
The Inter-Orthodox Preparatory Commission, which is working to prepare for the planned Great and Holy Synod, and which is made up of representatives of fourteen autocephalous Orthodox churches, met from 21-26 February in Chambesy, Switzerland. It was this Commission that, in 2009, chartered the Assembly of Bishops of North and Central America. At this latest meeting, they were scheduled to address the issues of the order of Diptychs and the procedures for granting autocephaly to dependent churches. read more »

Appointment of Communications Consultants for the Assembly of Bishops

Monday, March 14, 2011
Following its approval by the Chairman of the Assembly, the Secretariat has formed a Program for Communications, and with it, a body of consultants who will help the Secretary to communicate the work of the Assembly and the message of the Orthodox Church to the faithful in North America, to the media when necessary, and to the wider public. They will also assist the Assembly of Bishops at large in preparing official statements, position papers, and press releases. read more »

Tuesday, February 15, 2011
New directories have been created for the Assembly of Bishops. In addition to the initial Directories of the Bishops and of the Parishes, three new directories have been added: the Directories of Military Chaplains, of Male Monastic Communities and of Female Monastic Communities. In addition, the Parish Directory has been updated to now include the parishes of the Moscow Patriarchate in the U.S. read more »

Tuesday, February 08, 2011
The membership of the thirteen committees of the Assembly of Bishops, including the chairmen of each committee, has been finalized, and is now available. These members, under the coordination of their chairmen, will initially be responsible for addressing the tasks listed under the Committee Descriptions. It is hoped that each committee will be able to meet at least once in advance of the forthcoming meeting of all the bishops in May. read more » 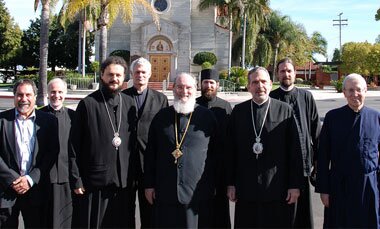 Wednesday, January 19, 2011
The Secretariat of the Assembly of Bishops held a teleconference meeting on Wednesday, 19 January, to follow-up on the work of their meeting from the previous week. All the members were able to participate, except Fr. Nicholas Ceko of St. Steven's Cathedral in Los Angeles. Even His Grace Bishop Maxim was able to join the call, shortly after celebrating the Liturgy for the feast of Theophany (Old Calendar) in San Francisco. Everyone was satisfied that the decisions from the meeting in Alhambra were moving ahead. read more »

Tuesday, January 11, 2011
The Secretariat of the Assembly of Bishops is scheduled to meet this week, from Wednesday, January 12 to Thursday, January 13. It will be the first meeting of the newly-appointed staff, and will be hosted by Bishop Maxim at his chancery in Alhambra, CA. read more »