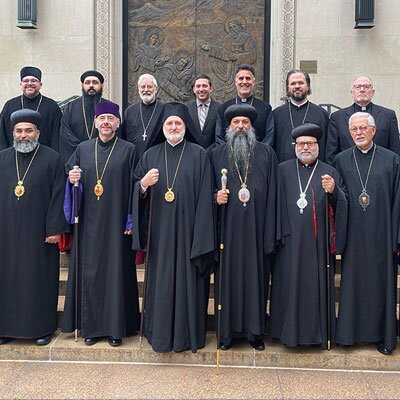 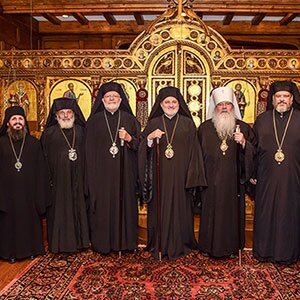 Tuesday, August 06, 2019
More than five years in the making, this new text takes a different approach to ecumenical dialogue: instead of addressing together an issue that has prevented full communion between the churches, here the Catholic and Orthodox theologians examine together challenges that affect both churches, in this case the role of the laity in the two traditions and the problem of clericalism. read more » 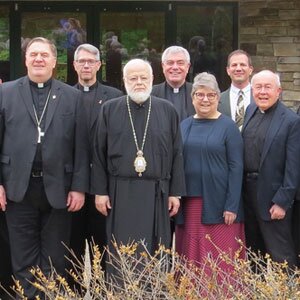 Friday, May 31, 2019
The North American Orthodox-Catholic Theological Consultation’s 96th session was held at the St. Methodios Faith and Heritage Center in Contookook, NH, from May 28-31, 2019. His Eminence Metropolitan Methodios and His Eminence Cardinal Joseph W. Tobin chaired the meeting. The membership, eighteen theological scholars of varying disciplines, contributed to discussions on pastoral, theological, and practical matters. read more »

Tuesday, May 28, 2019
The North American Orthodox-Catholic Theological Consultation commenced its 96th meeting today at the St. Methodios Faith and Heritage Center. The high-level consultation is the oldest and longest-running in the world and meets biannually to discuss theological differences and commonalities between the Roman Catholic and Eastern Orthodox Churches. The agenda will address vocation and ministry, inter-Christian marriage, Synodality, and respective Church updates. read more » 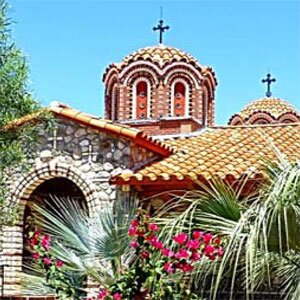 Statement on the Sanctity of Life

Thursday, January 31, 2019
The Assembly of Canonical Orthodox Bishops of the United States of America affirms the sanctity of life based on the firm conviction that life begins at the moment of conception. The Assembly remains steadfast in its conviction that any interference in the development of life is a serious issue, and therefore it regularly participates in a variety of relevant events and also releases pertinent statements on the topic. read more »

Tuesday, January 29, 2019
Applications for two scholarships administered by the Department of Philanthropy of the Greek Orthodox Archdiocese of America are now available to students from Orthodox Churches affiliated with the Assembly of Bishops. read more » 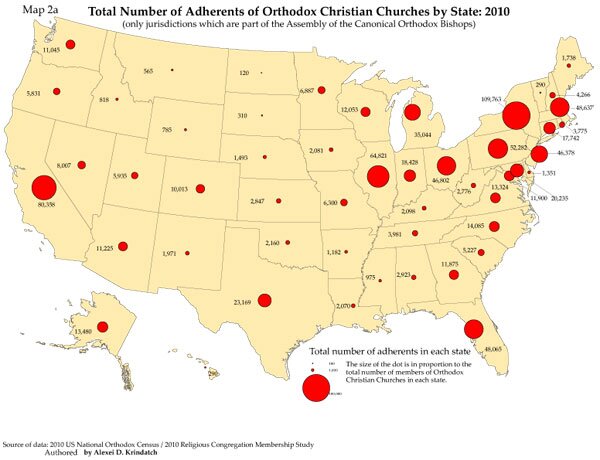 Wednesday, December 05, 2018
Fast Questions and Fast Answers about the Geography of Orthodoxy in America is the second essay in a group of mini-reports about Orthodox Church life in America. Surprising, stimulating, and, at the same time, important facts about the geographic distribution of Orthodox parishes and church members in America are discussed in this essay. read more »

Statement on the Recent Attack in Thousand Oaks, California

Thursday, November 08, 2018
Deeply saddened and profoundly concerned, the Assembly of Canonical Orthodox Bishops of the United States of America condemns the heinous and murderous shooting at the Borderline Bar & Grill in Thousand Oaks, California. Regrettably, it has become all too common for peace to be broken by bloodshed. read more »