Patriarch Irinej's Letter to the Assembly 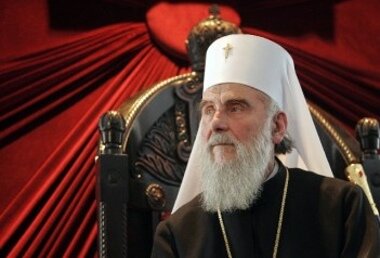 This letter was written to the Chairman of the Assembly by Patriarch Irinej of Serbia, to explain the unfortunate absence of the Serbian bishops from the meeting in Chicago; it was presented to all the members of the Assembly. Regrettably, the Serbian bishops were not able to make even the second day, as the Patriarch had hoped, due to difficulties in travel over Europe.

"This ecclesiologically important Assembly, given its task to accomplish fuller unity, cooperation and catholicity on your territory of the Diaspora, is of decisive importance for the mission, evangelization and future ecclesiological formation of the American Continent. For this reason, our most Holy Serbian Orthodox Church encouraged its four active canonical bishops in North America: His Grace Georgije of Canada, His Grace Mitrophan of the Eastern American Diocese, His Grace Longin of the New Gracanica-Midwestern American Diocese and His Grace Maxim of the Western American Diocese, to take part in this new Pentecostal work which is of historical significance. We are pleased that His Grace Bishop Maxim took an active role in the Secretariat of your Assembly, as coordinator to the Committees."